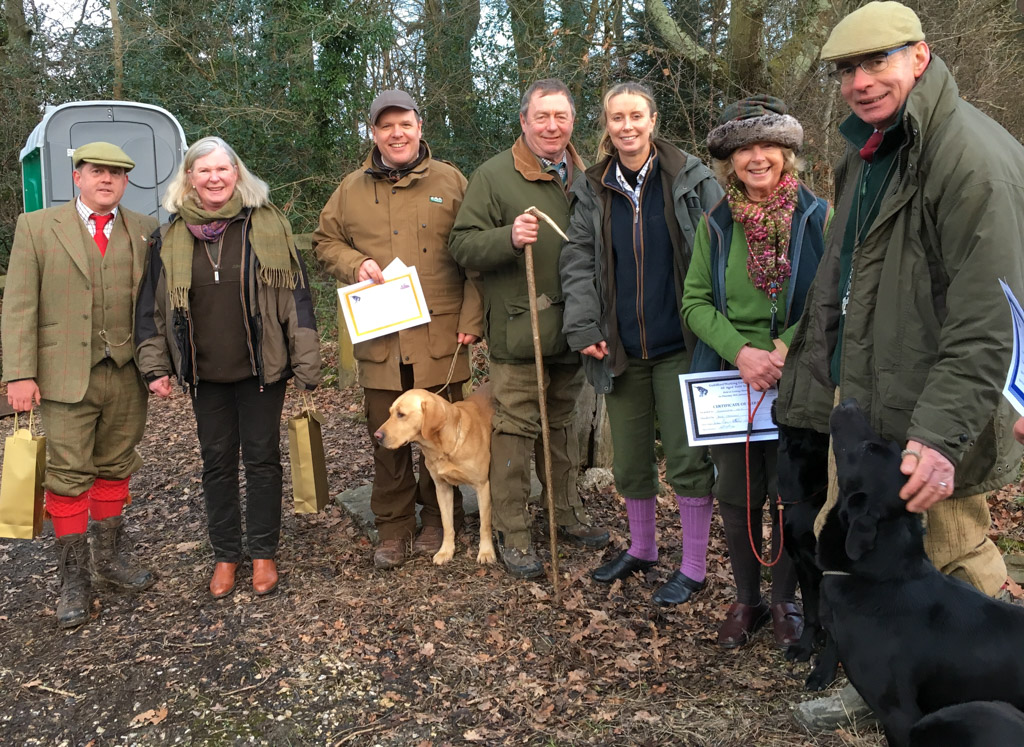 Guildford Working Gundog Club All Aged Trial 26th January 2017. Held at Cocking shoot by very kind permission of The Hon C. A. Pearson and Robert Smallman.  This was a brilliant trial today, which clearly stretched the dogs both in driven  and walked up situations. The judges Diana Harrison, Alan Buckland, Julia Smith and Jason Mayhew judged some very good dogs and witness some good game finding ability. Many thanks to Rob Smallman and his team of guns and to all the helpers who worked hard on a bitterly cold day.